Work and family has had me on travel a lot lately.
Additionally, I have, for the past couple of weeks, been patrolling the facebook feeds for the news stations in my VERY deep red home state (NOT the one I live in now) combating COVID misinformation…

I can say, after _MANY_ HUNDREDS of posts, my home state is completely fucked.
Facts from any reputable source are dismissed because THEY are part of the conspiracy.
The vaccine is ‘poison’ and the ‘mark of the beast’
Ivermectin is the true cure that the doctors and scientists are covering up… this would all be over if doctors would give it to people! (The animal feed stores in Oklahoma can’t keep it on the shelves because people are buying it to self-medicate rather than take “the experimental jab”, 70% of the calls to the Mississippi poison control hotline are from people that OD on Ivermectin made for horses)
Anyone worried about such a small chance of dying (1 in 60 from the death to case ratio) is a ‘pussy’. 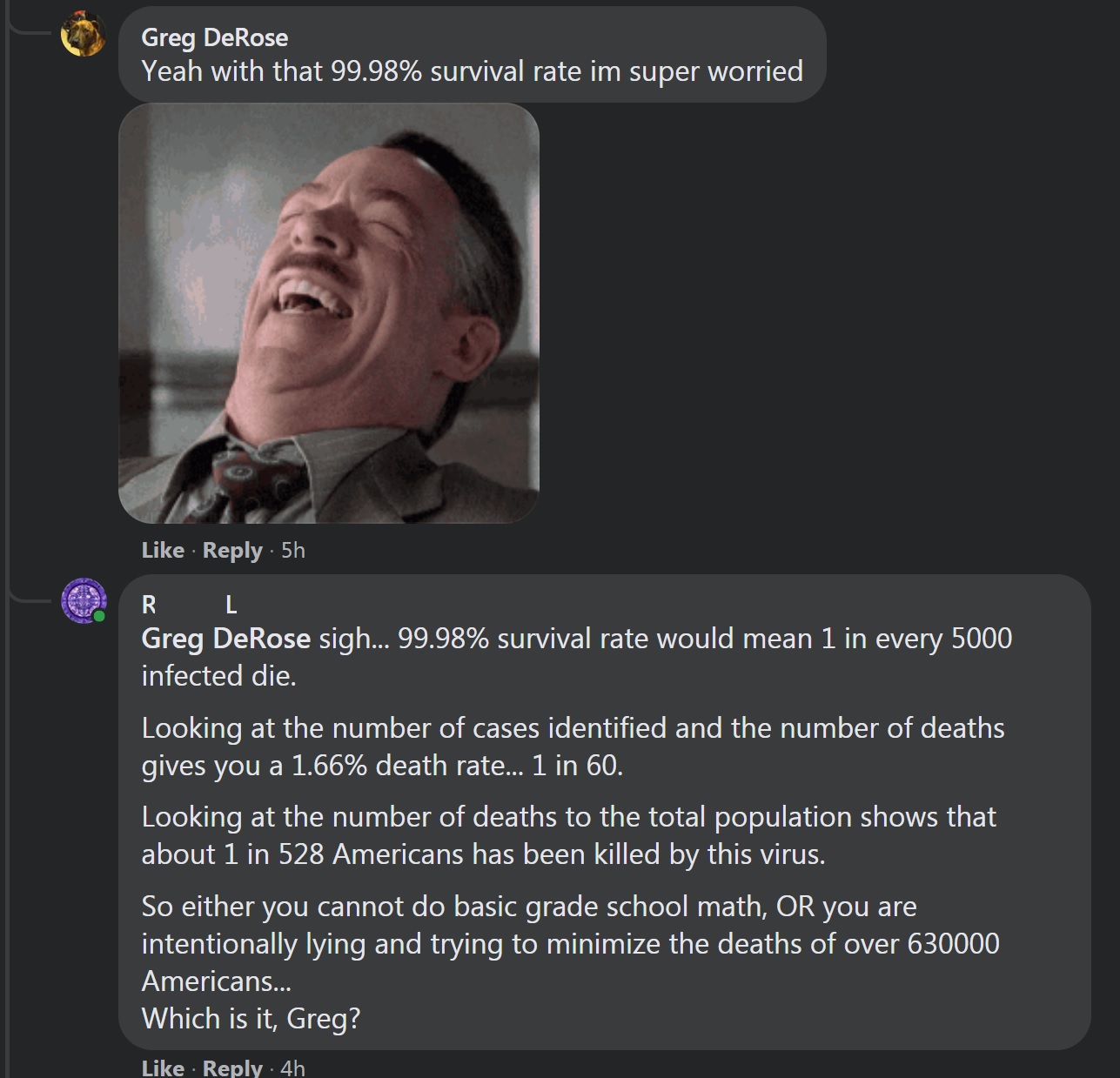 Its _ONLY_ people and kids with pre-existing conditions that are dying… (What about the healthy people that have died? Well they probably weren’t doing something right)- this from people that call themselves ‘pro-life’.
The governor has banned mask mandates at schools, and now the schools are being swamped with COVID cases- SOME SCHOOLS ARE DEFYING THE GOVERNOR, AND COMMENTERS ARE CALLING IT AN ‘INSURRECTION’.
The COVID is not real, its just that deaths from all other causes are being labeled covid.
The vaccine is actually the cause of the virus-vaccinated people produce the virus and spread it.
Masks don’t work and are part of a communist plot to…???
My brother’s best friend is dating a nurse and SHE says…

Most are just pathetically stupid, but some- Like TB on climate change- KNOW they are lying, you can tell by the careful way they structure their claims… THOSE piss me off the most, and I did manage to get one or two off of facebook.

I posted medical statistics, journal articles and news articles, a few humorous memes I made, and satire- I did the best I could- of COURSE a thousand okies can post BS faster than I can post fact… I am not saying it was pointless though- I got through to a couple people, and I saw the articles and arguments I posted spread and get reposted by other sane people… but it won’t be enough- Oklahoma is heading to disaster.

I can be obsessive about things- I freely admit it, it serves me well at work… but perhaps I should let this go.
I still have family there, and they are trapped in this madness, and I feel like I should do something…

Its like standing on a bluff over a crowded beach, feeling an earthquake and seeing the water recede rapidly from the shore- I know the tsunami is coming, but the idiots just keep running out to frolic in the newly exposed sand…

And the wave is very close now… 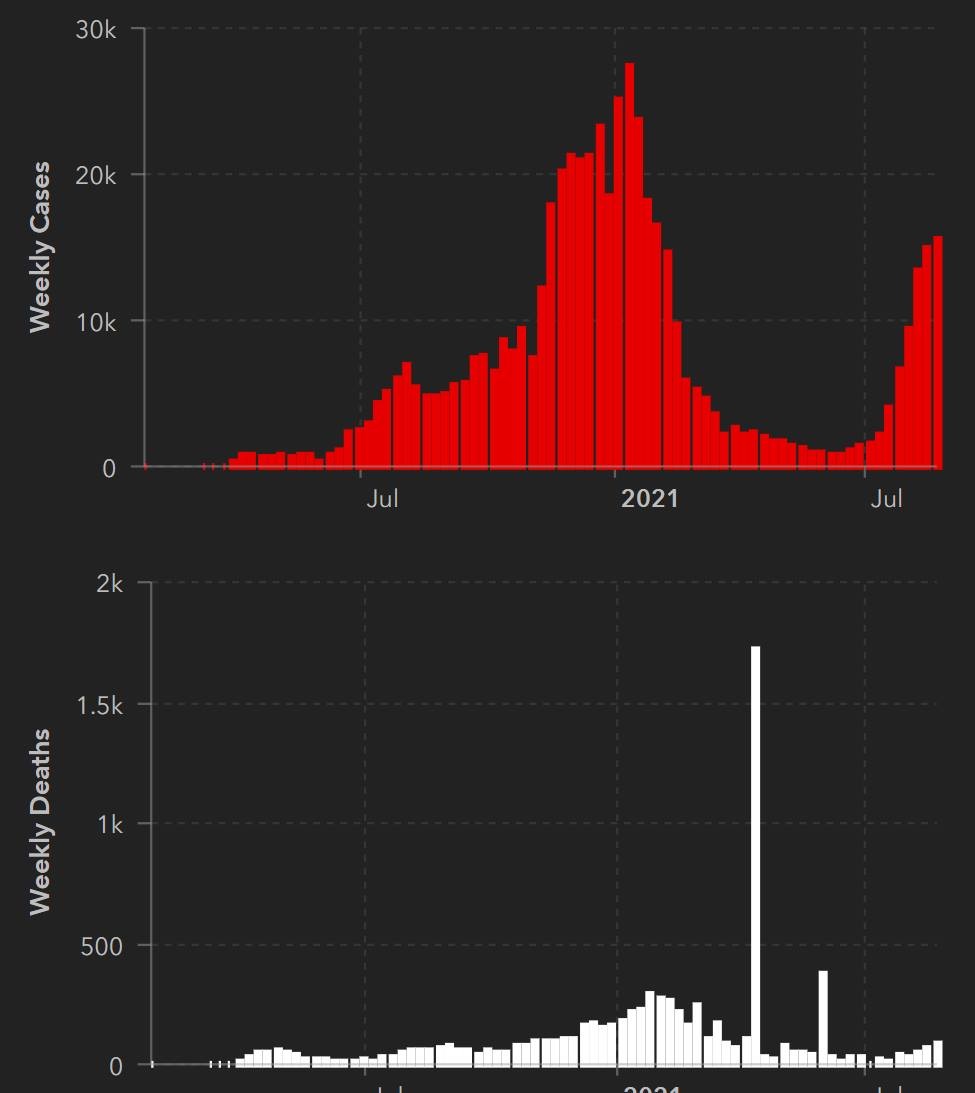