Space Station 'Lunar Gateway' will have a halo orbit around the moon BuckGalaxy January 20, 2023 12:12 am (Space/Science)

Home » Space/Science
Space Station 'Lunar Gateway' will have a halo orbit around the moon January 20, 2023 12:12 am BuckGalaxy

The Artemis missions won’t just be building a base on the moon, they will also be assembling a space station in Lunar orbit.

…space agencies have finally announced the orbit that (Gateway) will take around our natural satellite. The teams of experts selected the “near-rectilinear halo orbit” or NRHO, which will send the Gateway in a 7-day elongated path around the Moon.

The NHRO will take the station as close as 3,000 kilometers (1,865 miles) and as far as 70,000 kilometers (43,500 miles). This orbit allows for the least number of eclipses on board (from either the Earth’s or the Moon’s shadow). It is also ideal because it offers relatively inexpensive (in term of energy) transfers from Earth, but also to the Moon’s surface, and trajectories beyond the Moon. 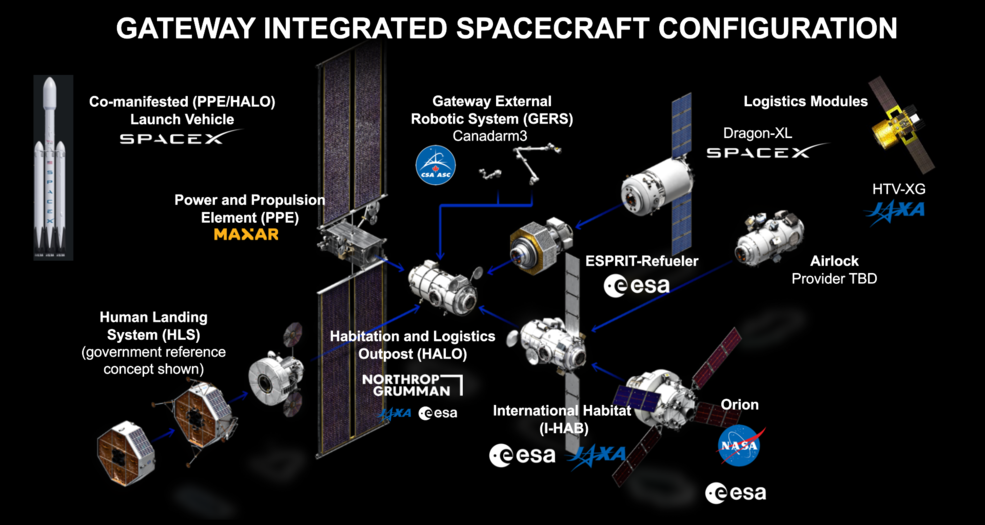